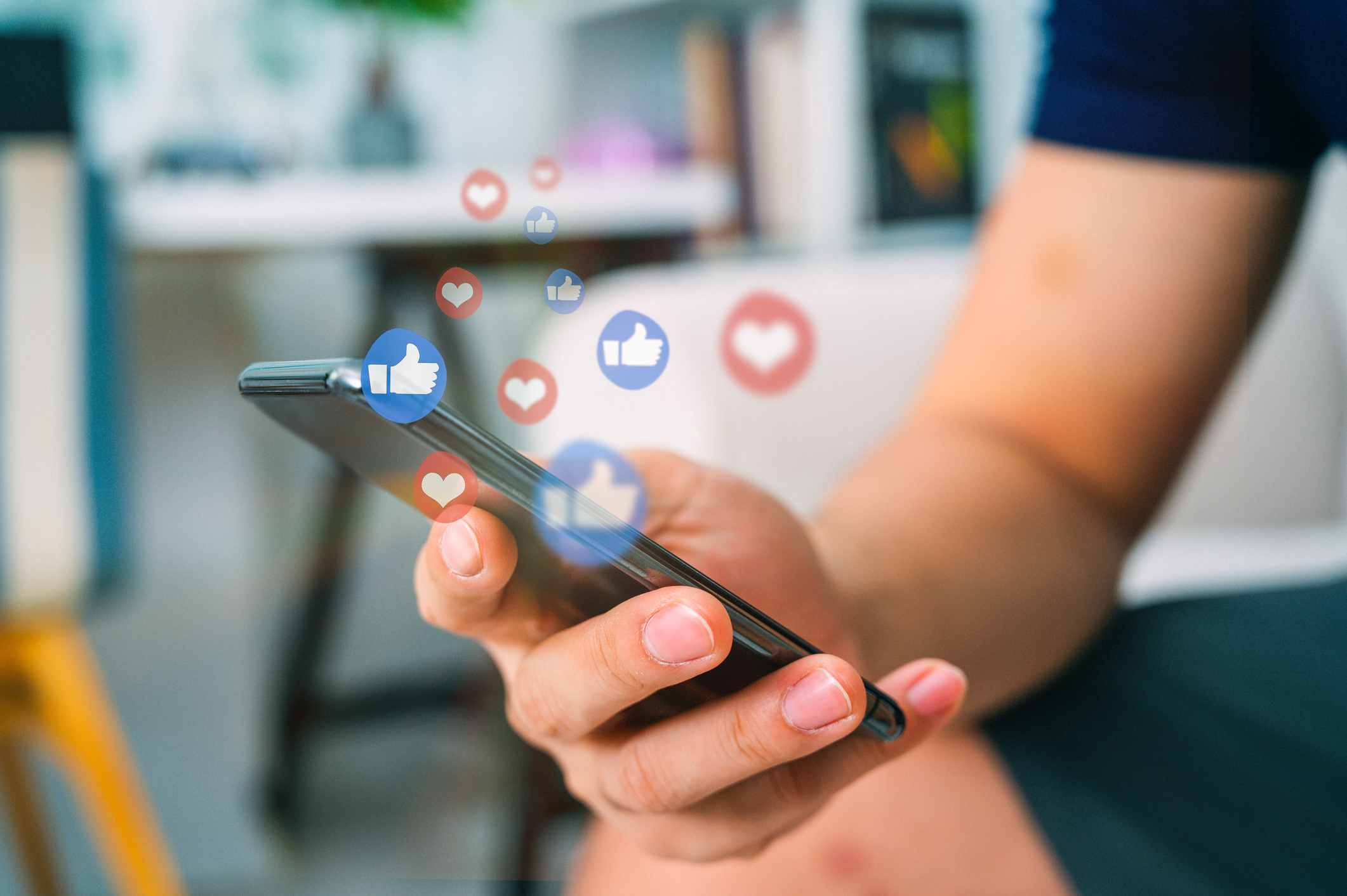 This is known as the era of social media. We all have a virtual account, either we use it actively or not. And sometimes we feel obligated to be present in every existing social media or app otherwise we think we would be cut of, like we wouldn’t be participating, somehow, in the world.

Indeed, most people have forgotten how it is not to have an account, how it is not to share every single moment of our day on Instagram, how it is not be “likes” addicted. Yes, because social media represent a second reality, where we have to perform as for the real life. We create expectations and we have to live up to it. But, we also use this second reality as a redemption, a way to feel better than in real life, a reality where we constantly are looking for approval. It is a vicious circle that risks our mental health.

We all know Instagram and we know it is the most used social media nowadays. Not only because it is the most interactive and attractive app until know, since it works mainly through images but also because it has become a real working platform. Influencers work through Instagram and they use Followers and Likes as indicators of their success. It is through these two indicators that brands decide either to rely on one influencer or another for the promotion of their products.

But, lets see in detail why did Instagram decide to hide likes and what does it mean?

“We want Instagram to be a platform where everybody can feel free to express themselves. This means to help people bring attention on the pics and videos, to focus on the content and not so much on how many likes they get. We are testing this new option on more than one country and we want to see from our global community how this initiative can improve their experience on Instagram”, declares Tara Hopkins, Head of Public Policy Emea of the social network property of Facebook.

As declared for Instagram this is just an experiment and it is not active on all countries. The main goal is to neutralize the addiction from likes of many users. Indeed, Instagram bases this decision on a sociological research of Kaspersky.

Based on the results of the research, 61% of the users declared that they used actively the social to feel better but 57%  of them declared that they couldn’t find, on the platform, what they were looking for; only 31%, meaning 1 user out of 3, claimed that they were not worried about the number of likes they could get when posting something. What’s even more disturbing is the fact that many of the users put on risk their own privacy on many levels and all of this just to get more likes. Eventually, the interviewed, stated that due to the social they communicate less with their parents (31%), their children (33%), their partners (23%), their friends (35%) and their colleagues (34%).

But, as we stated before, this mostly affects the ones that work with Instagram, Influencers.  And this is exactly why most of them believe that this is just a temporary experiment. The social has a convenience in the publicity that Influencers do; the success of a sponsored post depends on the engagement of the users, and if it is not possible to count likes, Instagram could risk a drop on the publicity spending.

On the other hand, hiding likes, could be economically beneficial for Instagram. The app earn on publicity but many influencers know how to work around the system so they can get paid directly from the brands. A drop on likes on their post could diminish the possibility of the companies to work directly with the influencers and convince them in investing more in sponsored advertisement.

Surely, this will have a huge impact on the Influencer marketing. Not being able to see the rates of their likes would make difficult for brands to decide either they want to work with an influencer or not. So Instagram is aware of the fact that it will cause some inefficiencies on the immediate but on the long term it would be understood and it simply will bring the attention on other details. To measure the social validation they will use numbers of “followers, comments and shares”. Also, one of the hypothetical solutions is using a monitoring tool. The conclusion for now is that Influencers shouldn’t be worrying, the influencer marketing would still  be a trend, it simply would change how the content administrator will analyse the performance of their posts.

As for the “simple” users it has been proved that there is a significantly drop in likes. This isn’t a surprise. Research prove that people, specially teens, are significantly more likey to like a photo if other people liked it too. This behaviour is attributed to peer pressure.

Still, Instagram belives that removing likes will encourage people to pursue creativity, rather that chase approval.